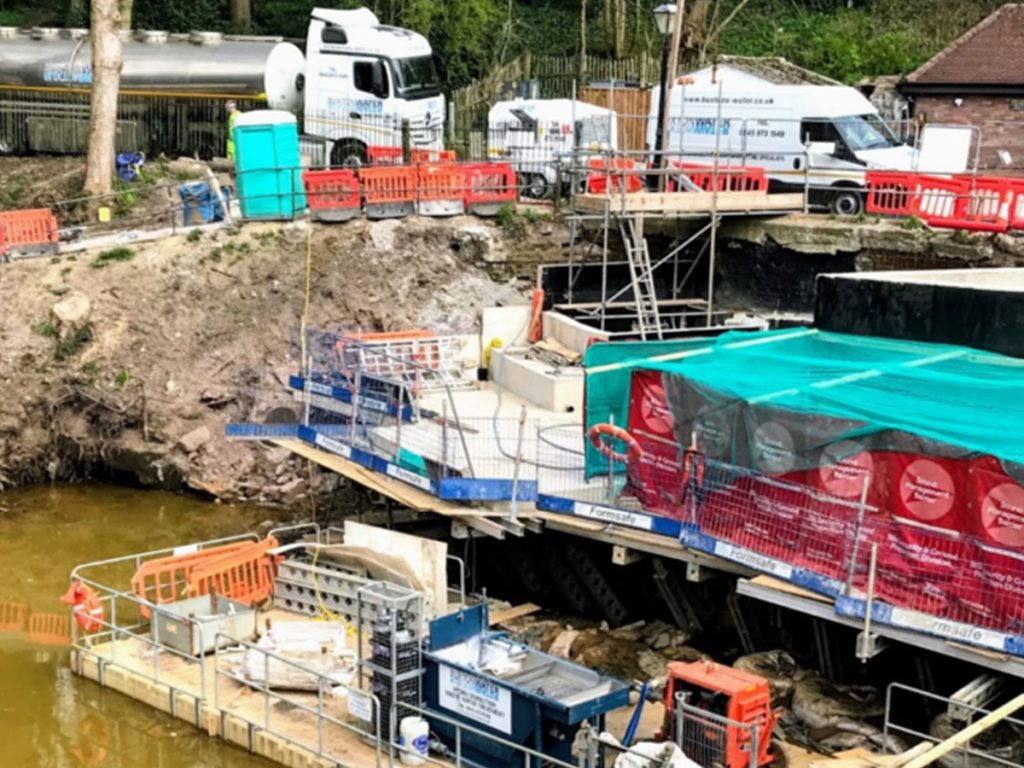 1.3m restoration scheme in partnership with Salford City Council to restore Worsley Delph. The project is supported by the HLF and will enable this Scheduled Ancient Monument to be enjoyed by a wide range of users.

The Bridgewater Canal was the first commercial system to be developed in Britain, transporting coal from Worsley to the factories in neighbouring Manchester. The Delph was the terminus for the 47 miles of canals which linked to the coal faces. The site forms part of the wider Bridgewater Canal Corridor, which is being developed for access, employment and leisure.

Central to the project is to address the historic legacy of iron ochre pollution from the underground canals and associated workings. This will complete the remediation work which has already taken place, including the establishment of a reedbed, which treats the mine water discharge and returns clean water to the Bridgewater Canal.

Buxton Water were contracted to remove 6m³ of concrete from the existing viewing platform.
The problem of controlling and managing the used water was taken on by Buxton Water; employed one of our Siltbuster HD units which was sited on a floating barge processing the waste water before being discharged back to the canal.

Noise limitations were also abated through the use of sound management barriers.

Water was transported to the works Via our one of our fleet HGV road tankers.

Our initial proposal proved cost effective, environmentally sound and safe whilst having the ability to meet the demands of the programme.