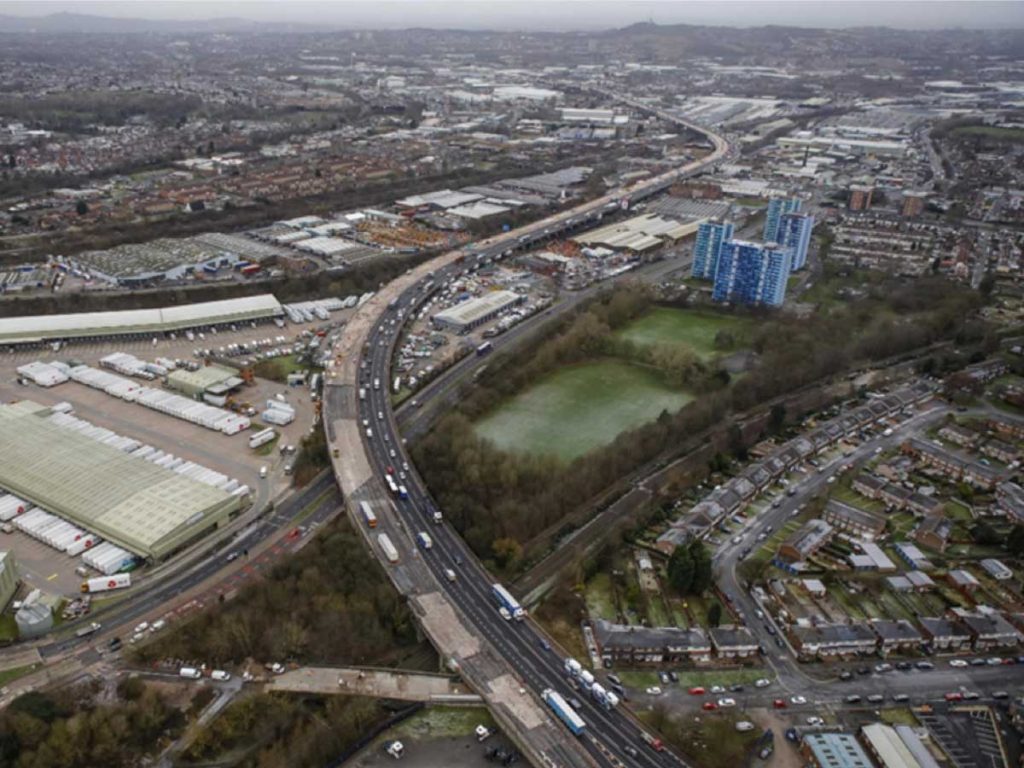 Buxton Water are members of the Water Jetting Association (WJA), the industry body that represents water jetting contractors, manufacturers and training providers. The WJA upholds hydro demolition standards with two codes of practice – the Blue Code for use of high-pressure and ultra-high-pressure water jetting equipment and the Red Code, for water jetting in drains and sewers. 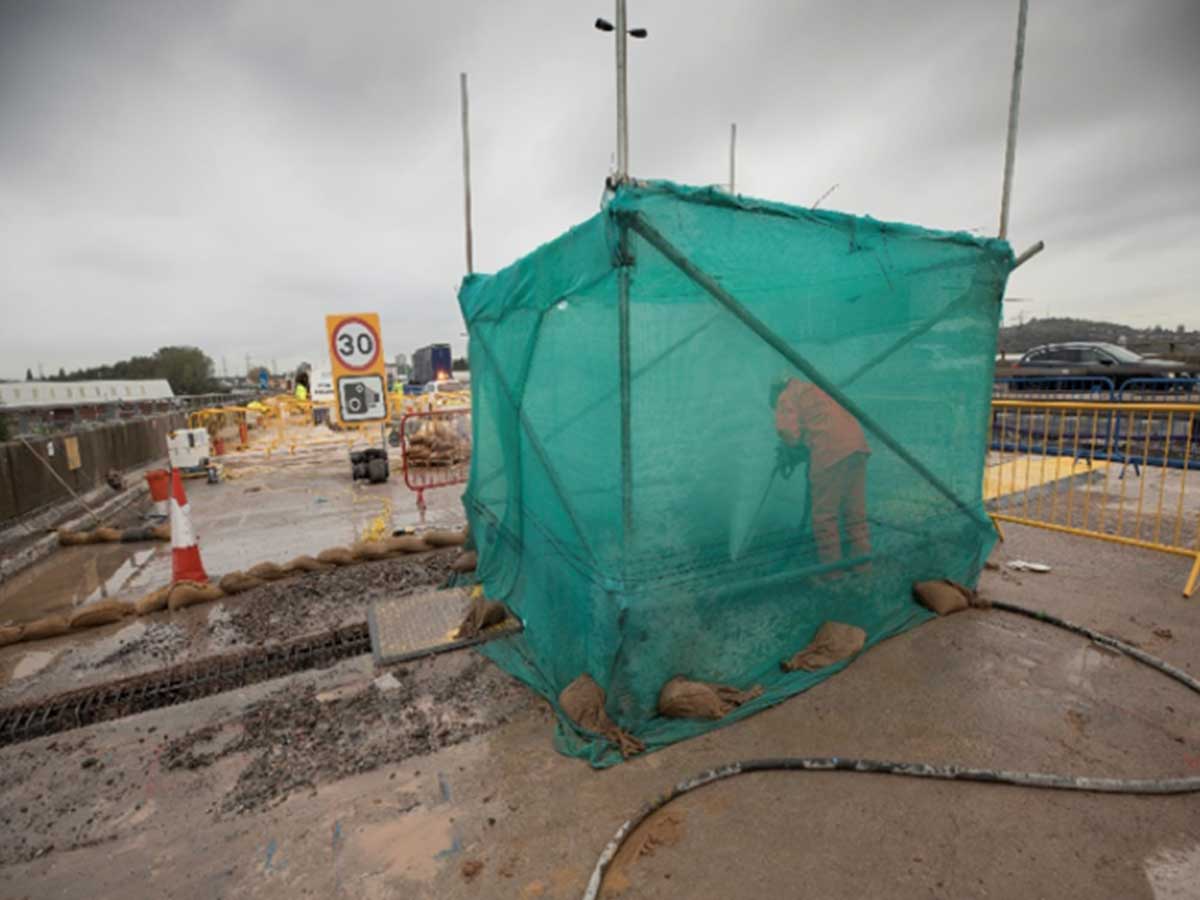 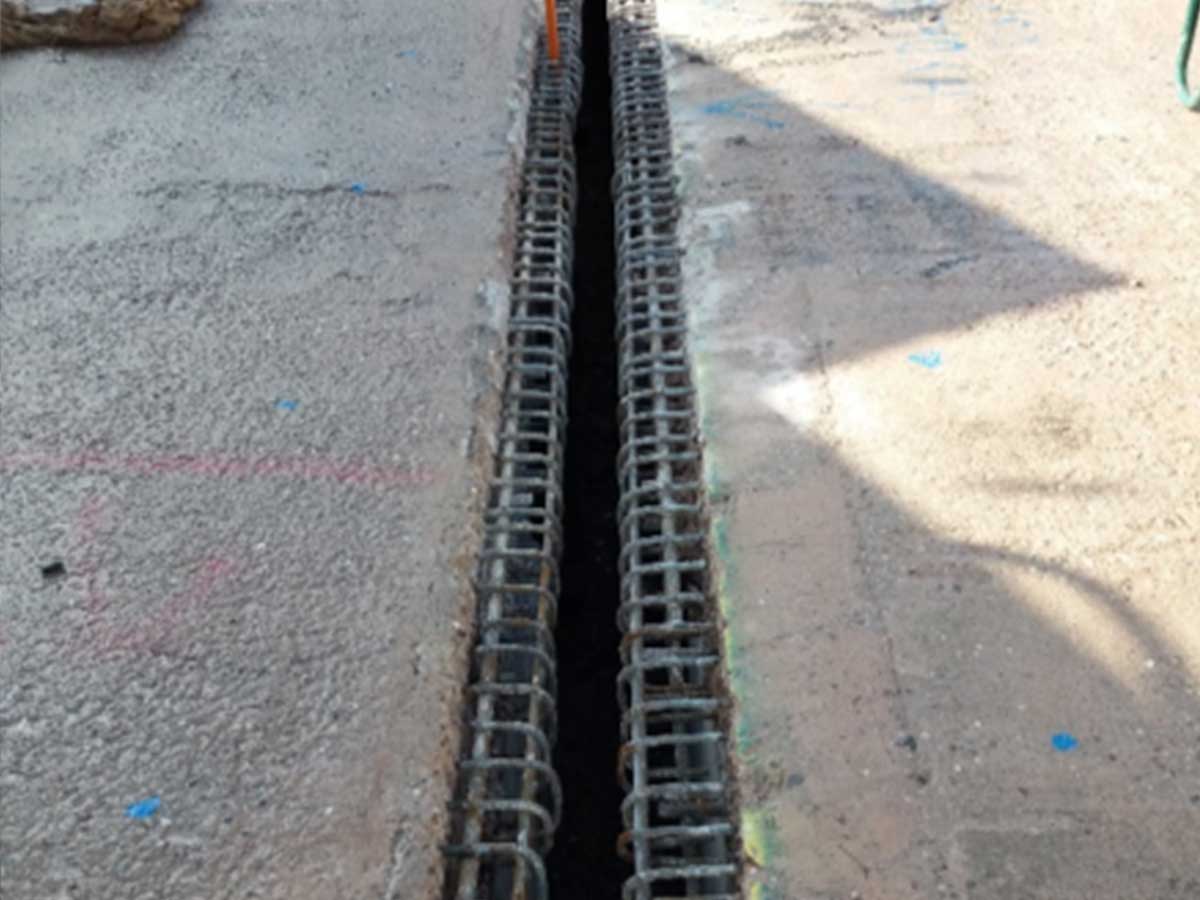 From Nemesis to Saviour

It is a question many motorists must have asked: what are those tents on the motorway?

The green mesh and scaffolding structures have been ever-present on the M5 in Oldbury, during a £100m+ project to repair one of the UK’s longest motorway viaducts.

They contain thousands of shards of concrete  which were sliced from the structure during hydrodemolition operations which generate water jets travelling at speeds of up to 1,000 miles per hour.

The project to renew the 3.5km stretch of elevated motorway between Junctions 1 and 2 of the M5, is being carried out by a joint venture involving BAM Nuttall, Morgan Sindall, and VolkerFitzpatrick (BMV JV). It oversees the concrete repairs on the carriageway and other significant modifications to the viaduct structure, which opened in 1970  and now carries 120,000 vehicles a day.

Buxton Water are the Hydro demolition contractor working on the project on behalf of asset maintenance and repair specialists CRL and VolkerLaser. The cumulative effect of water combined with salt spreading and the present impact of heavy vehicles, has had a significant impact on the viaduct.

Hydrodemolition is now playing a pivotal role in restoring the structure to an as-new condition. Between four and 10 hydro-demolition teams made up of two personnel have been deployed throughout the project to complete the key task of removing the degraded concrete from around  320 joints between deck sections that make up both carriageways.

Once the water jetting is complete, the cuts are finished with mechanical chisels. Corroded reinforcement is replaced and damaged reinforcement welded. Then, fresh concrete can be poured.
This process typically takes six days per joint, a speed made possible by good teamwork between contractors, and a key advantage of hydrodemolition.

Buxton Water Director Mark Hothersall explains: With high-pressure water jetting, we can remove a volume of concrete in days that would take weeks to achieve using mechanical methods. There have been particular challenges along the way, however. We’ve come across pockets of super-tough concrete, probably from previous repairs, says Mark Hothersall.

The volume of individual repairs has been significant. On the southbound carriageway, more than 6,000 repairs were carried out, considerably more than anticipated. With concrete repairs completed, three specialist layers of sprayed material are being added to seal and waterproof the deck, ready for it to be resurfaced with asphalt.

Potable water needed for hydrodemolition has been supplied via a complex four-inch pipe network on the viaduct deck. Each individual hydrodemolition team needs 2.5 cubic metres of water an hour to be kept busy.

Europe’s largest scaffold scheme, erected under the viaduct, supports another network of pipes that drains wastewater into mobile filtration and settlement tanks.These capture sediments from the hydrodemolition activity and bubble CO2 through the water to achieve a PH level approved by the Environment Agency.

The process has allowed the filtered wastewater to be discharged into a river and canal that run beneath the motorway, instead of being tankered to an authorised disposal site, saving considerable time and money.

As well as being faster, hydrodemolition is generally healthier and safer than other forms of demolition as it eliminates the risk of vibration and associated injuries. The jetting water also contains waste particulates, reducing dust pollution. This has particular importance with traffic passing by just feet away, and thousands of homes and businesses lining the route.

Both water jetting contractors have been using hand-held water jetting lances, an approach that is proving well-suited to the project.

Hand-held water jetting is quick to set up, breakdown and relocate, and takes up minimal space, so we can react rapidly to changing requirements, both between and during work shifts. With the large number of small concrete repairs, we’ve been having to work on, it has allowed us to deliver maximum productivity.

The worksite might be over 3km, but it is barely 15 metres wide on each carriageway. It has meant control of access and vehicle movements have been key elements of BMV JV’s health and safety strategy whilst maintaining productivity and outputs. This has made meticulous planning and a responsive approach to the needs of other construction interfaces essential to keep up with a relentless work schedule.

Working for two years through weather extremes, from sub-zero winters to the summer 2018 heatwave, on an exposed, elevated deck has also been a significant challenge for all contractors.

Our operatives work in an enclosed space, wearing heavy protective Kevlar clothing, controlling equipment that exerts significant force on them. We work very hard, alongside our JV colleagues, to make sure the wellbeing of our teams has been fully-considered, with regular breaks, plenty of hydration and careful monitoring of health and safety as part of both our own and the wider hydro demolition standards.

The viaduct is also getting an updated carriageway drainage system, an additional measure that should give the concrete deck better protection and a prolonged life. 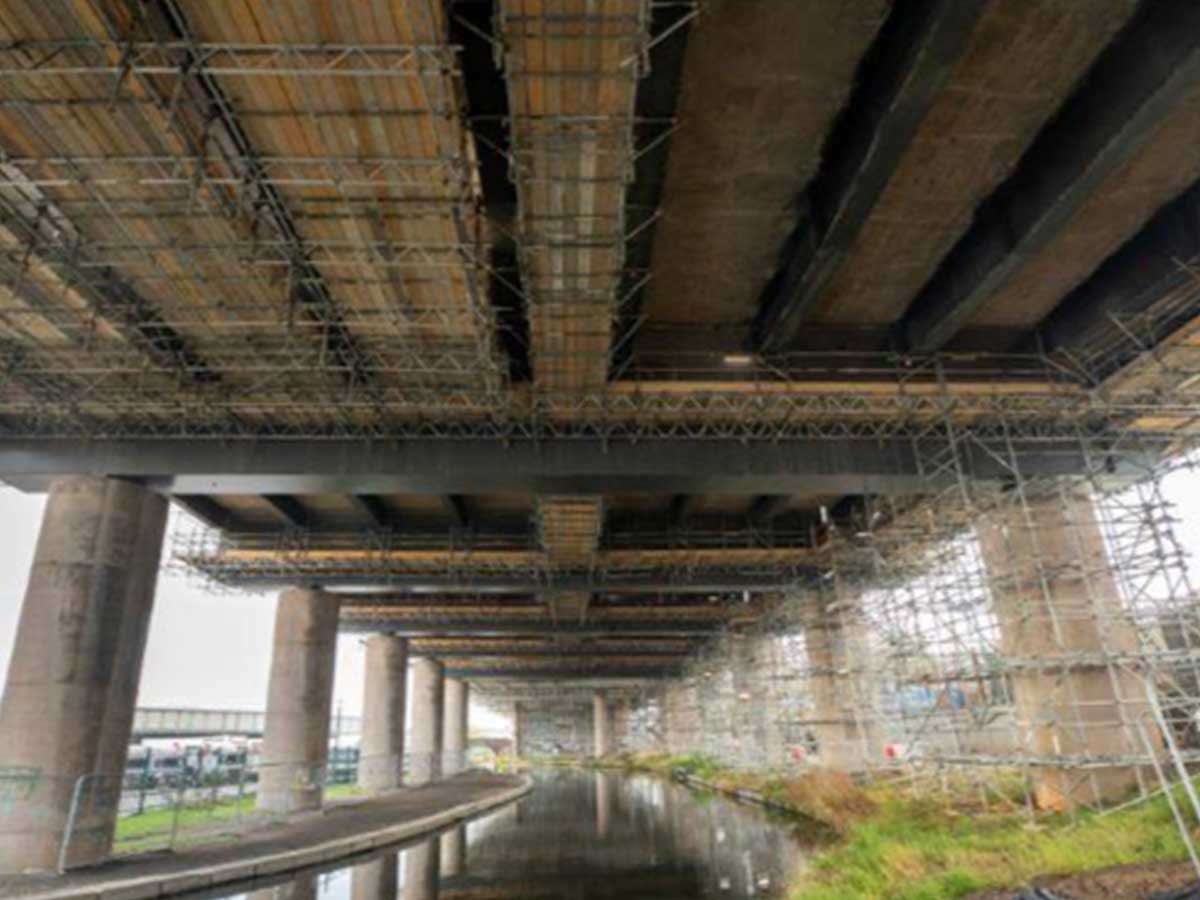